Fry Foundation grantee since its founding in 1989 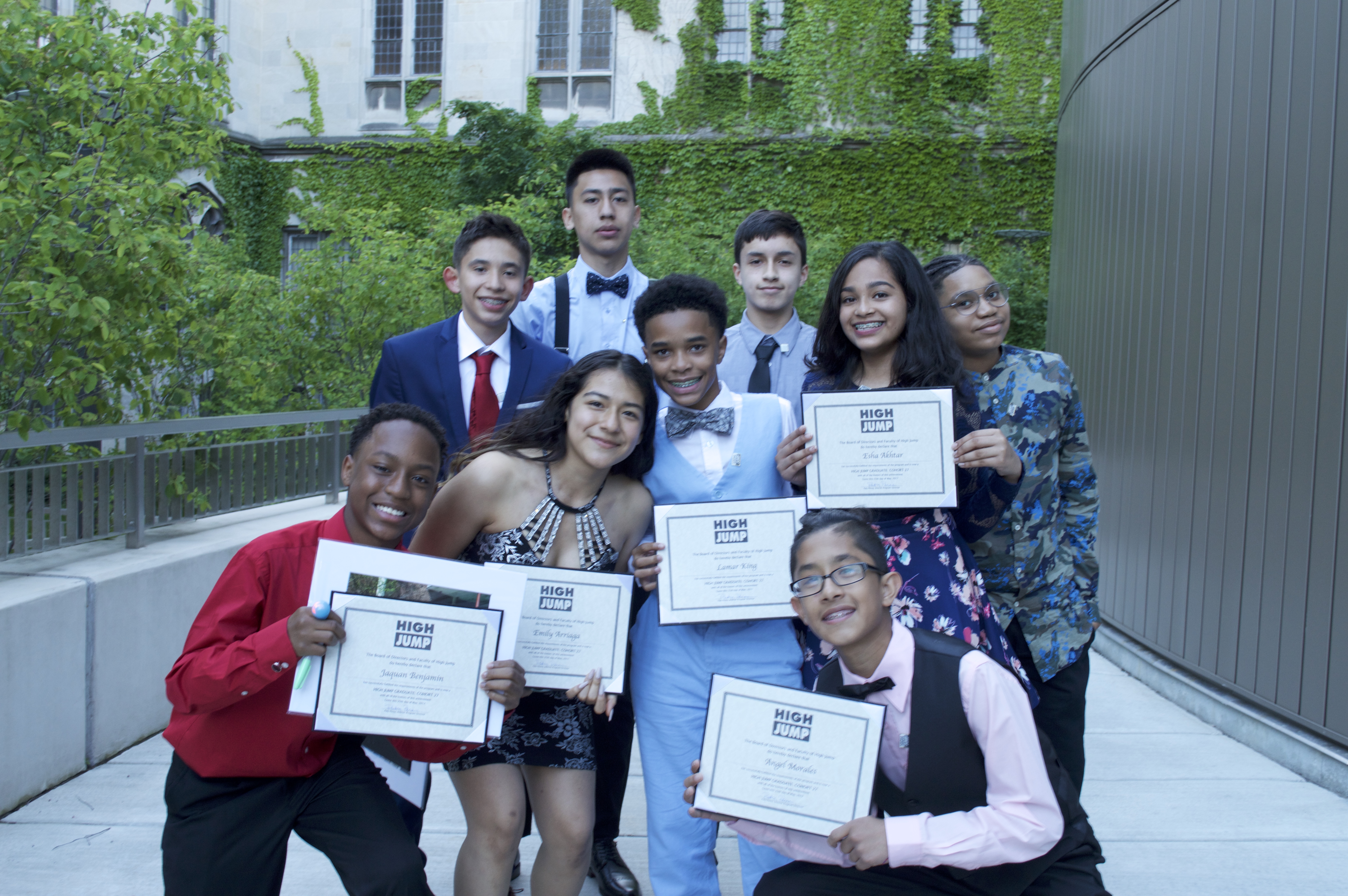 It was an unfortunate irony. High-achieving students of color from low-income families were winning scholarships to elite private high schools in Chicago, but then they struggled academically or felt they didn’t belong. Often, they transferred out. That was the scenario 30 years ago at the Latin School of Chicago and the Francis W. ParkerSchool. Those schools decided to remedy the situation. With the Fry Foundation as the first funder, they launched High Jump—“essentially a school for advanced learners,” says Nate Pietrini, Executive Director.

High Jump takes middle school Chicago students who are academically advanced but economically disadvantaged and prepares them to succeed in college prep high schools. In its highly selective, tuition-free academic program, seventh and eighth graders take ninth and tenth grade courses, respectively, over two summers and school-year Saturdays. “Most of our students feel that in their home schools there’s no one else like them and they have to teach themselves,” Mr. Pietrini says. “At High Jump, they’re challenged and they get a sense of belonging.”

More than a summer school, High Jump provides field trips and electives like drama. And its support continues after students leave; each year, for example, it hires over two dozen of its graduates as High Jump teacher aides.

In its first year, High Jump had 16 students on one campus. Today, it has over 360 students across three campuses, Latin School of Chicago, Francis W. Parker School, and University of Chicago Lab School. Moreover, High Jump has fulfilled its original aim: All of its graduates complete high school, and almost all—98 percent—attend college