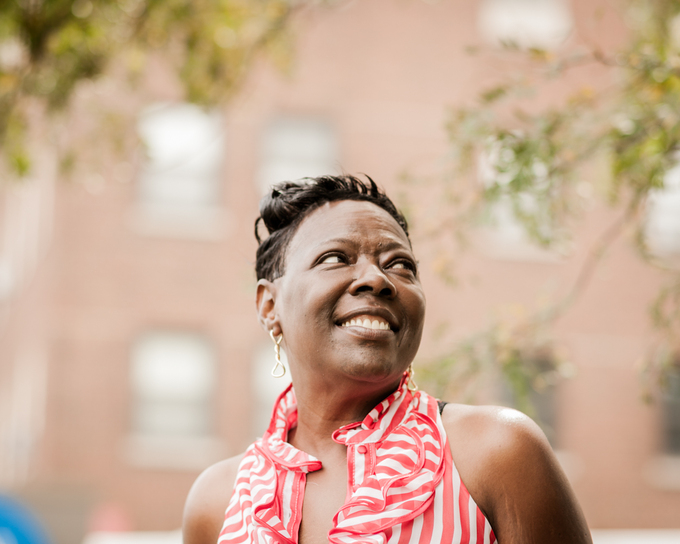 Most low-income patients go to the emergency room—over and over—to manage chronic illnesses. Sinai Health System has partnered with the Fry Foundation to create a comprehensive, medical home model of care for people with diabetes and heart disease.

It took a car accident for Valerie Shavers to realize she had heart disease.

Thankfully, she and her family emerged uninjured after Shavers blacked out and drove into four oncoming cars in the summer of 2011. But Shavers had just survived one of the toughest challenges of her life.

Shavers, 50, was diagnosed with breast cancer in 2009, had a tumor removed in 2010, and had just spent months doing chemotherapy at Mount Sinai Hospital in the city’s West Side Lawndale neighborhood before her heart failed. A few months after the car accident, she had a full-blown heart attack. Somewhere along the way, she considered suicide.

Then two women asked her how they could help. Shavers finally realized she didn’t have to manage her health on her own.

“It was them reaching to me instead of me reaching for them,” she said. “I’m thinking there’s nothing left for me, and they gave me that hope.”

The women, Patient Navigator Allison Oliver and Disease Management Nurse Roelean Duncan, help Shavers and other patients coordinate their medical care for a full year after they return home.

Shavers, for instance, knew that she would get weekly phone calls from her team to report in on everything from whether she had followed her diet to how far she could walk that day. And when she had minor problems, like retaining too much water, she talked with Duncan rather than running to the emergency room like she used to. When she needed equipment to take her asthma medication properly, Oliver made sure the right doctor got the request.

“Our goal is to keep her in optimum health,” Duncan said.

Shavers knows her challenges haven’t ended; having lost her job as a cook at a suburban hospital, she can no longer do work that requires her to stay on her feet. But she makes sure to exercise three times a week and take her medication as prescribed. She enjoyed her experience at the hospital so much that she regularly volunteers for patient tests and trials. 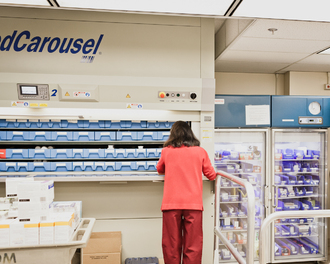 Sinai Health System’s Patient-Centered Disease Management program began with the hospital’s analysis of its readmission rates: 17 percent for patients with heart failure, between 40 and 50 percent of whom also had diabetes.

The hospital decided it could do better and, in 2011, began testing a Boston University Medical Center program aimed at keeping patients out of the hospital. Heart failure admission rates fell nearly half. The Fry Foundation supported Sinai’s effort because of our commitment to reducing health care disparities for Chicago’s low-income residents and our interest in comprehensive integrated care, particularly for patients with chronic diseases that disproportionately affect people of color.

Sinai expects to serve more than 4,500 patients through the program. Most of the 180,000 people it serves each year live in the city’s lowest income communities, are overwhelmingly African American and Latino, and visit a range of system clinics and hospitals for their care.

The Fry Foundation supports a move toward medical home models, which involve a range of professionals working together. Under Sinai’s new program, for instance, pharmacists compile medication histories, collaborate with physicians, and counsel patients on their medicines, said Justin Schneider, doctor of pharmacy. The approach creates a recipe for patient empowerment, said Tina Spector, the system’s vice president for clinical integration.

“If we can get patients to take care of themselves, give them the resources they wouldn’t have access to, and keep them out of the hospital, that’s a good thing,” she said.