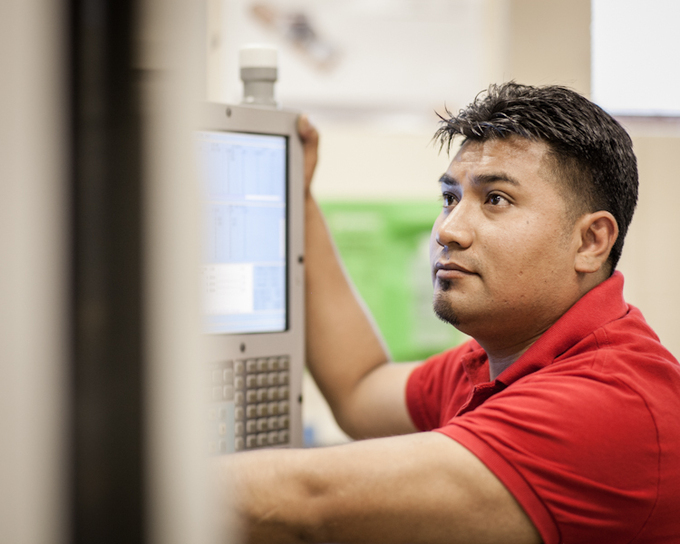 While agencies have long worked to connect adults to jobs, Erie Neighborhood House has created a pathway to advanced training and education for low-income Latino immigrants.

When Rodrigo Cirangua came to Chicago from Mexico in 2002, his age worked against him.

His father had been working here for 15 years and finally got his 19-year-old son’s visa approved. But Cirangua was too old for high school. And without a diploma, he could only look for low-paying service jobs.

Cirangua studied English at a local community college and took computer classes at Erie Neighborhood House. He got a job as a restaurant cook and eventually became sous chef at a hotel.

But Cirangua wanted more, so Erie’s staff invited him to join the Pathways to Success program, where students continue to improve English and prepare for careers in manufacturing and health care. It gave him a route to both a college degree and a career.

“I didn’t know what to do,” remembered Cirangua, now 30. “I wanted to study something, and when I got that opportunity from them, I took it.”

The Pathways program partners with the Humboldt Park Vocational Education Center of Wilbur Wright College, where students learn on state-of-the-art equipment. Cirangua made machine parts that got reviewed by actual companies, who gave him feedback on what to improve.

He gained the skills employers were looking for.

That’s exactly the workforce development gap that the Fry Foundation supports Erie to fill, said Maureen Hellwig, senior director of programs. Erie’s GED programs had become “a complete revolving door” of students who couldn’t get jobs. The agency decided it had to seize the challenge of making their adult education courses relevant to actual professions, providing students with education, training, and credentials.

More programs serving immigrants should do the same, says Oswaldo Alvarez, Erie’s former director of workforce development. “We tend to forget the main reason they migrated is because they are looking for a job,” he said.

Cirangua agrees. Soon after he earned his associate’s degree from Wright College, he started working in shipping and receiving at Wheeling-based Waltz Brothers Inc., which provides grinding and machining services.

He used his college transcripts—filled with As and a few Bs—to convince his boss he deserved a promotion. Without the Pathways program, he said, he wouldn’t have landed the $54,000-a-year job he holds today. Last year, he married his longtime girlfriend and paid cash for their house, where they live with their 11-year-old son and 4-year-old daughter. He likes to return to Erie’s classes to tell other immigrants they can do the same.

“The companies are looking for people,” he said. 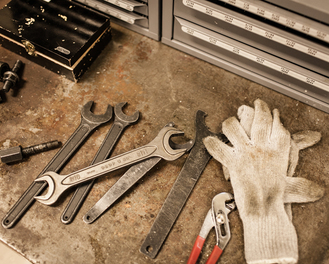 Erie’s own review of its programs, and discussions with employers, led to the same conclusion. Staff decided to test this theory by creating the Pathways program. Staff learned that employers want workers who value continuous learning.

“It’s our mission not only to serve people but to empower them,” said Maureen Hellwig, senior director of programs.

All 130 students expected to participate in Pathway’s next cycle will learn how to take the City Colleges of Chicago exam, where many of them will enroll and pursue associate’s degrees. When they finish Pathways, they will also have learned English and math skills relevant to the health care and manufacturing industries. That will include training in electronic medical records and a National Institute for Metal Working Skills (NIMS) credential.