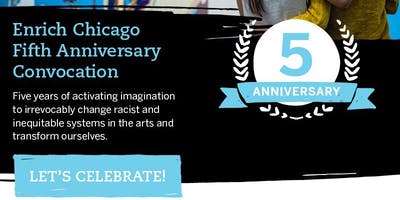 Enrich Chicago brings together Chicago’s arts community to develop a replicable and sustainable plan that creates new pathways for ALANNA (African, Latino(a), Asian, Arab, and Native American) arts organizations at all levels.  Since its’ founding: